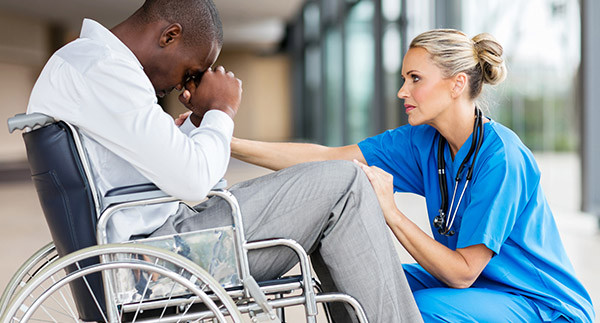 Social Security Administration (SSA) considers the treating doctor as one who is able to provide the clearest picture of an applicant’s medical condition and impairments. Through reports from medical examinations, his opinion can provide clarity about the applicant’s medical condition and help Social Security determine the best course of action to take. Social Security will often ask the treating physician questions about the nature, intensity, stage, and duration of the claimant’s disability. The medical professional can also provide the SSA with details on the side effects the patient faces and how it affects his ability to work. Such information helps the SSA draw more accurate and fair conclusion. The expert opinion of the treating doctor and consultative examiner is always useful in determining the extent to which a condition impairs a person and the jobs he may still be able to do. Although symptoms are mainly subjective, professional judgment is important in determining how much work can still perform.

Determining the persuasiveness of a report mostly depends on its consistency and supportability. Consistency in this context refers to how the medical opinion in the applicant’s file is consistent with other findings while, supportability refers to how much the disability can be supported by tests, clinical notes, etc. Also, if evidence from more than one doctor is consistent and well-supported, Social Security will then evaluate the length of the doctor-patient relationship. In other words, a doctor’s opinion is still important; however, its concurrence with Social Security rules and the opinion of a consultative examiner will be considered a top priority.

It is important to know that SSA does not expect doctors to know the legal definition of disability; hence, even if it is in the doctor’s opinion that a claimant is disabled, the SSA will offer a conflicting opinion until the condition satisfies the legal definition of the term. The SSA only treats the opinion of a medical professional as a source of evidence and is responsible for determining whether or not a claimant’s condition satisfies the criteria for which he can be deemed eligible for benefits. A doctor’s opinion can, therefore, be considered more as a means to an end rather than an end in itself.

Over 53 And Unable To Work Due To Disability?

You may qualify for benefits up to $3148 monthly

Get a FREE evaluation and get the benefits you deserve!